On Tuesday, March 29, 2016, Galatasaray Daikin hosted the Russian team Dinamo Krasnodar for the first leg of 2016 CEV Volleyball Cup Finals at the Istanbul Burhan Felek Volleyball Hall. As after the match a smear campaign was launched by Russian player Tatiana Kosheleva on social media, our Head Coach Ataman Güneyligil made the following statement:

“I have realized that the tactics I give my players during the match using hand gestures specific to Volleyball, were being leaked to our opponent’s bench in a way against fair play by a member of our opponent’s technical staff, who sat at the Dinamo Krasnodar scoutman desk. As I realized the situation a tension that may occur between coaches and/or technical staffs in any competition in any sports branch was emerged. Russian player Tatiana Kosheleva’s -who sat right next to this technical staff member mentioned above since she was out of Dinamo Krasnodar roster for this match due to her injury- efforts to make this incident, which took place between me and a member of Dinamo Krasnodar technical staff, look like as if it took place between me and her and to take the matter to a completely irrelevant scope via what she shares in her social media accounts is unacceptable. Volleyball is a game that is played within fair play rules and we are part of this game. In this context; despite how right we were we did not even react that hard to our opponent’s technical staff’s pouring water on the ground right before the match point, just to cool down the game, or even preventing moppers from their work. We consider the player’s claims and this ugly discourse as parts of a strategy to create an unnecessary tension prior to the rematch that we will play on Saturday in Krasnodar. But we will not fall for it. We will prepare ourselves the best way possible for the final’s decisive match and we will fight to bring that cup to our country until the last ball drops on the floor.” 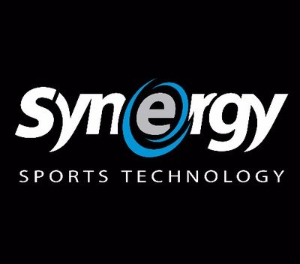